Nobody likes seeing the stark white NHS letter slide through the letterbox: the annual appointment from your diabetes consultant.

Mine were always timed irritatingly close to Christmas as a child, so even to this day, certain jingly Christmas songs still sound like a sulky drive to the hospital in my school uniform, wishing I’d been made to howl my way through a solo of Little Donkey in front of two hundred kids instead. Anything. Anything but diabetic clinic.
Probably due to the old-fashioned, patronising experiences of clinic in the past – which, fortunately, have long since moved on to become more empathetic – there’s something which still inflicts a sense of panic and emotion when I have to go from door to door along the corridor to be weighed, questioned, stabbed in the finger, poked in the feet and, finally, stabbed in the vein (if I haven’t already had a full-blown panic attack by this point and run away to the car to get my breath back).

For others who can relate, I’ve broken the visit down into stages so we can just look at it bit by bit and remember that no one is there to judge, only to help.

Looking at it in little baby steps can help to make the whole process feel less intimidating.

To most people, this would be perhaps the least worrying part of the appointment but for me it’s probably one of the hardest: the weight check. As someone who’s struggled with eating disorders (more on the startling links between type one diabetes and eating disorders later), hearing my weight aloud can be hell. I’ll dread it for weeks. And, despite my best efforts to ask medical staff not to tell me my weight, one of them will fail to get the memo and there it’ll be in stark black and white on the page in front of me. And if it’s a number I don’t like, that can ruin my mood from the start and trigger negative behaviours.
If you’re the same (and don’t worry, it’s more common than you think!), make sure you say to each member of staff that you don’t want to hear or see your weight, even if that means keeping your bulky folder of notes out of sight while they talk to you. It might seem trivial or embarrassing, but if it makes things easier for the rest of the visit, they’ll understand. While you’re on a long, long waiting list for help with recovery, don’t beat yourself up if things like this are tough.
Secondly, the fingerprick test. The only advice I can give you here is bring your own lancet device. I don’t know who the hell makes those disposable ones they attack your fingers with, but it feels like getting your fingers stapled by a sodding toddler. Also, reject the cotton wool. No one wants a tuft of what looks like rabbit fur stuck fast to the end of their fingertip.

Next, you’ll chat to the nurse about how you’ve been and about how you feel your blood sugars are at the moment. It’s very similar to what you’ll do later on with the consultant, but it’s here that the differing roles of doctors and nurses become apparent – your nurse wants to know about you and how you’re coping with any perceived problems, then the doctor will work with you to find the solution.
I don’t mind the nurse visit. I like my nurse. I’ve sobbed on them after break-ups, begged for ED help and lost my temper over my inability to inject myself during my teens. These are the ones who’ve probably seen you at your worst and helped you emotionally to get back to your best. Mine deserves a medal for the amount of times I’ve cried in front of her about stress and really mean boys.
So talk to them. Diabetes is bloody hard sometimes to try and manage 24/7, so don’t be afraid to be completely honest if you feel things aren’t going so well. You’re a human trying to do the job of a pancreas that won’t work and they have the empathy to understand that. They’re there to support you, and damn it feels good just to let someone know what it’s like when your blood sugars are wilder than Justin Bieber’s 2016 Snapchat story. 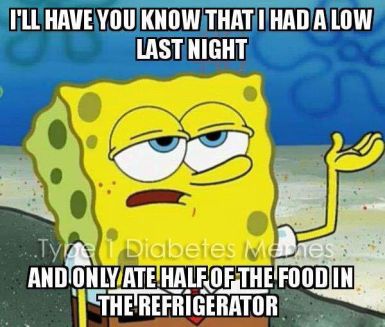 There are three things guaranteed to happen at the foot check:

I hate feet. They look horrible, feel horrible (a diabetic’s feet are never warm unless we are running in July or are on fire) and the only thing they’re good for is giving someone an icy shock on the spine when they’re sleeping (if you’re a little bitch like me) or wearing nice, overpriced shoes.
The foot check is straightforward enough. Before, we also had pulse checks, but these are increasingly now carried out in GP’s offices (they could never find mine, even with a machine. I knew I was a bloody vampire). Now it’s just a case of them poking you with a piece of metal and checking whether you can feel it when you’re not looking.
Straightforward enough.
Then it’s pop your socks back on, vow never to wear reindeer socks in June again and shuffle back out to the waiting room with cold feet.

Some people don’t get on with consultants and some do. I’m lucky in that I have a lovely consultant; he’s very understanding and in tune with his patients (and has just as much empathy as the nurses), but I know this isn’t always the case and some can come across as a little too clinical. If you’re one of the people who doesn’t really click with their consultant, just remember that while they may come across as cold, they’re the key to a treatment plan that can really help you in the long-run.
Be honest and work with your consultants rather than against them. They need you to be honest so they can tweak your treatment to suit you. Remember, they’re on your side!

This takes us to the final stage. Like the foot check stage, there are also three guarantees at this point:

It’s a running joke with my friends that I’m a needlephobic diabetic with three tattoos, but in reality, needle phobia is extremely common amongst people with diabetes. If you think about it, why shouldn’t it be? Diagnosis day was probably one of the most traumatic days of your life. Suddenly you’ve gone from worrying about how much shorter you’re going to hack your Barbie’s hair to worrying about having to inject yourself 4+ times per day. You’ll have been stabbed and prodded endlessly, hooked up to wires and bled over and over. Something in your brain is naturally going to get a bit funny about being made to sit back in that plastic chair with a tourniquet on your arm.
But this is the last part before you can go home to watch Homes Under the Hammer (or go back to work). My advice for you, if you’re also a bit funny about needles, is bring a friend. Peer pressure init.
The urine bit is easy. I don’t really need to elaborate here, do I? As for bloods, bring your (non-squeamish) friend in with you, talk absolute rubbish for about 30 seconds and before you know it, the cotton wool is pressed down and it’s all done and you can both hit the overpriced hospital café for a latte and a chocolate brownie. It’s all done for another year (or six months with the pump). Hooray!
Cross it off your calendar, give yourself a pat on the back and remember to calculate and bolus for that latte and brownie.

Award-winning author of 'And Suddenly You Find Yourself' (Parthian, 2017) and 'Small' (Parthian, 2020). Co-editor and trustee of the annual Cheval Anthology. Content writer specialising in Learning and Development (L&D) and education. View all posts by natalieholborow